Conceptual Similarity – the key to likelihood of confusion?

In March 2020, Shiseido Americas Corporation (“SAC”) filed an application to invalidate UK registration No. 3114196 “BareFace Minerals” in the name of Bareface Cosmetics Limited (“BCL”). The mark was registered in 2015 and covers cosmetics in Class 3.

SAC based the invalidity on its earlier UK & EU registrations for the mark BAREMINERALS in Class 3, covering cosmetics broadly but also perfumery and lotions. SAC sought to rely on the provisions of 5(2)(b) – likelihood of confusion and 5(3) – reputation and subsequent association. SAC also claimed enhanced distinctiveness of its marks through use.

SAC relied on three earlier registrations for BAREMINERALS / bareMinerals covering ‘cosmetic powders for the skin and eyes’ and, more broadly, ‘cosmetics’ in class 3. BCL’s registration covers ‘cosmetics for personal use; facial makeup’. The goods were found to be identical, with SAC’s cosmetics wholly incorporating BCL’s goods and highly similar in terms of the more specific make-up products of SAC.

Turning to a comparison of the marks, the Hearing Officer (“HO”) found SAC’s mark(s) to be inherently distinctive to a low degree. It was considered that, particularly given the advertising made of the mark and being widely known for its use of minerals, the meaning of ‘bare’ would be implied to mean ‘pure’ or ‘basic’ minerals. The advertising referred to by the Hearing Officer was submitted by SAC themselves in support of their case, however, it seems to have only supported the reasoning determined by the HO regarding the conceptual meaning of their mark.

Arguably, the term “bareminerals”, when assessed in relation to the goods, could be considered inherently distinctive to a low degree. It is not widely known that cosmetics are made from minerals and is not publicised this way, with the exception of both SAC and BCL. BCL’s marketing of its products does not appear to have been taken in to account, certainly not to the extent that SAC has, presumably due to the fact that no evidence was submitted by them. It is also debatable whether ‘BARE’ could be taken to mean ‘pure’ or ‘basic’ and it appears that the meaning has been taken via an assessment of both the second element of the mark and the way in which it is publicised, rather than any dictionary definitions, a practice we are all used to when dealing with distinctiveness and descriptiveness of marks.

SAC claimed enhanced distinctive through use of the mark and submitted evidence in support, including sales figures, advertising figures and examples, press releases and details of awards. The Hearing Officer dismissed the claim on the basis that the evidence, particularly the sales figures, did not conclusively show use in the UK specifically and a market share was not indicated.

Both marks contain the word elements ‘BARE’ and ‘MINERALS’. The marks are considered visually and aurally similar. However, the addition of ‘FACE’ within BCL’s mark changes the conceptual meaning to such a degree that the Hearing Officer determined there could be no likelihood of confusion, either directly or indirectly. The Hearing Officer goes on to explain the reasoning being that the addition of the word ‘FACE’ creates a completely different meaning and will imply that the makeup used will result in the user having an uncovered or unconcealed face, i.e. a natural appearance. In comparison, the HO determined that the meaning of SAC’s mark is regarding the product itself, rather than the affect it has on the end user which was supported by the nature it is advertised within the evidence submitted.

Interestingly, the application for invalidity was filed five years after BCL obtained its registration, a point which they brought up in their counterstatement. Perhaps this, coupled with the fact that no instances of actual confusion were submitted in SAC’s evidence, supported the decision.

The Hearing Officer dismissed the claim for reputation.

The evidence submitted by SAC was prima facie conclusive. The Hearing Officer’s comments, however, drive home the need to be methodical in the submission of evidence, particularly in terms of sales figures and showing the creation, or maintenance of, a market share.

It is arguable whether the addition of ‘FACE’ creates such a difference that there would be no likelihood of confusion, but you cannot argue with the logical reasoning of the Hearing Officer in reaching this conclusion. Does this change the tide when reviewing what appears to be a straight forward similarity of the marks? Yes, which in itself brings advantages and disadvantages in equal measure, dependent upon which side you are on. Certainly, the importance of the conceptual meaning going forwards and the weight given to it by the UK IPO will, if not already, play a bigger role in the comparison of the marks when advising clients.

So…. Would you be confused? 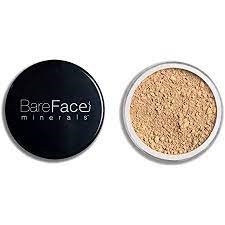